Every time I read the scriptures I keep finding that God tends to side with the losers. The poor, the immigrant, the outsider, the refugee, the outcast, the broken, the condemned. This is present in the Old Testament, but is made undeniably clear in the person of Jesus Christ, the Word of God made flesh, Emmanuel, God with us. Jesus was poor, an outsider, a refugee, he was beaten, broken, and condemned by the powers, the ‘winners’ of His day. In a worldly sense Jesus was a loser. Yet won the greatest victory, the victory over sin and death, the only true enemy of mankind.

And yet I keep seeing us (me included) trying to be on the “winning” side. We want God to back and “endorse” our power, our wealth, our privilege, our rights. I see God’s name invoked in the same breath as words of condemnation, exclusion and outright cruelty. As tempting as it might be to want to embrace or even just passively tolerate this strange marriage of worldly so-called “power” and faith, as tempting as it is to sit back and accept that maybe sometimes there has to be a less than perfect means to some end, examine what this “end” might be. Does it end in you (or me) having our ‘power’ or ‘privilege’ defended at the expense of the poor, the outsider, the refugee, the beaten, the broken the condemned?

Yes, I’m talking to folks like  me. To be blunt, I’m talking white middle class Christians. I’m more and more convinced that the angst and reactionary rhetoric I see embraced in this current political campaign (yes, I’m talking about Trump here, but I’m also pointing the finger back at myself, my own angst and temptation to react) is based in a deep fear that what we perceive our country is ‘supposed to be’ is slipping away. But I’m going to say it. Much of this ‘supposed to be’ is a construct that protects us, our ‘way of life’, our wealth and our privilege. We want to be ‘winners’ again. The problem is when this desire to want to ‘win’ pits us against those most in need, or at least who are a minority  among us.

If you look at the current rhetoric in the Trump campaign, who are the enemies? Who are the ones destroying the ‘greatness’ of America? Refugees. Immigrants. Those who raise their voices to speak about racial injustice. Muslims. Foreigners. Losers (lots and lots of ‘losers’). A great fervor is stirred up around the rallying cry to ‘Make America Great Again’. Yet there has been an increasing ugliness to these rallies.

“Are you from Mexico?” Trump asked a group of protesters in Louisville. He then followed with “Get them out of here”. His followers, some wearing shirts that bore religious slogans, then proceeded to curse, spit, and push the protesters, among them young black women out of the rally. I only bring this up because I think this is an icon of the current stew of fervor, based in fear of loss of power and privilege, which is now sometimes joined with religious conviction. This is where it takes us.

As an Orthodox Christian, and as a priest, I cannot watch it happen without speaking. I believe this is a moral and spiritual issue, not a political one. I think there is a lot going on, that I pray for the discernment to know how to speak to in a way that gets to the heart of it. As Christians, though, I think it begins with going back to scripture, especially to the person of Christ, reading His life and words and asking ourselves:  What does He regard as ‘greatness’? Who does He speak up for and defend? Who does He correct and call to task? With whom does He identify? This is a beginning.

Forgive me, a sinner.

With love in Christ, fr.joel 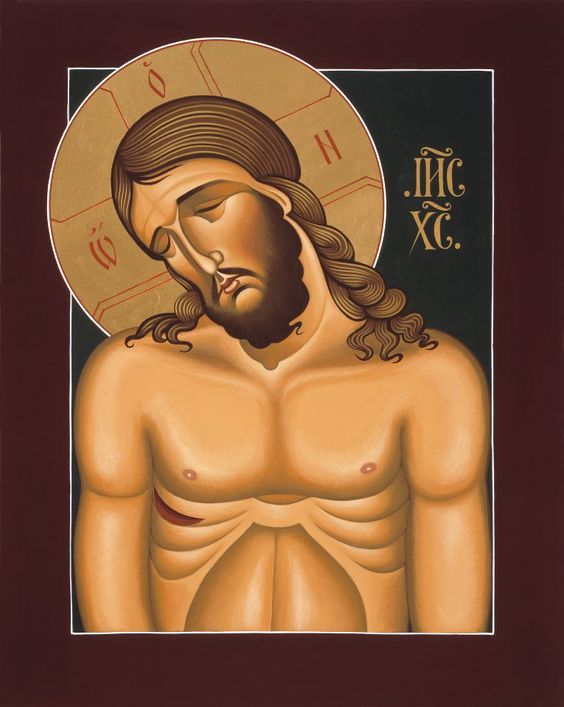